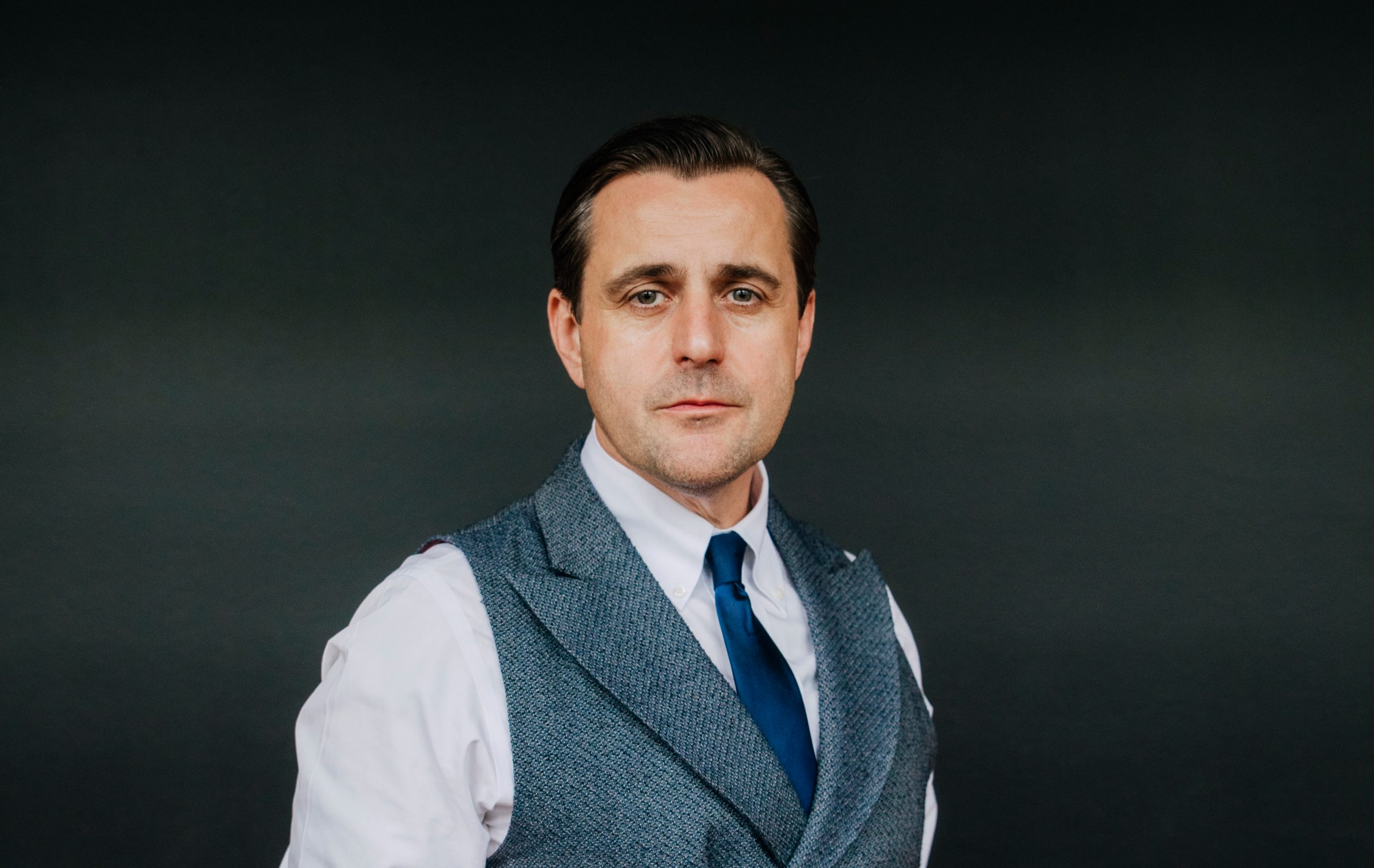 Chris Müller creates, develops, manages and narrates complex projects unconventionally and successfully. He always works closely with a circle of experts. In doing so, he transcends the boundaries of conventional ventures, industries, and genres. Through his diverse functions, Chris Müller has a broad network of contacts with top executives both in the public sector and in politics, as well as in the private sector, culture and creative industries. Chris Müller’s sphere of activity is correspondingly multifaceted.

This is evidenced by award-winning projects ranging from urban development and real estate to theater productions and sociopolitical campaigns or spatial strategies. In order to give his projects the desired reception, Chris Müller not only incorporates interdisciplinary art forms and scientific or political discourses; he also develops customized multimedia plays and a wide variety of event formats.

Chris Müller is the scion of a mining dynasty from the former Austrian coal-mining region of Hausruck. His working method is characterized by a detailed, almost archaeological approach to the task at hand. The investigations are always extensive and long-term in nature.

Backgrounds are explored, connections are sought, local circumstances are considered in the context of historical and current events as well as global conditions. Thus, Chris Müller holds raw materials that are essential for the constant renewal of society. Treasures that are traded as insights, utopias or innovations.

With his special attitude towards life, he has learned to think entrepreneurially, to act independently on the spot, to take responsibility and to generate innovations.

As Director of Development, Design and Artistic Agendas at Tabakfabrik Linz, he has steered the fortunes of the flagship brownfield redevelopment project in the Upper Austrian capital since 2012. Igniting ideas instead of cigarettes are firing up productivity at the Tabakfabrik Linz today. Acquired by the city of Linz after operations ceased in 2009, this industrial jewel in the New Objectivity style is gradually developing into a focal point for creative industries and an internationally sought-after location for major exhibitions, congresses, festivals or corporate events.

Already, more than 2,000 people from over 130 organizations are working at the tobacco factory, which is many more people than before it closed. The last major industrial building by the renowned architect Peter Behrens, inventor of corporate design, is a total work of art with around 80,000 m² of covered floor space and is one of the most important industrial monuments in Europe.

As CEO and Founder of a lab at the intersection of society, technology, and urban development, he is dedicated to the pressing issues and interrelationship of brownfield redevelopments and beta industries for a prosperous society. CMb.industries develops green, brownfield as well as special projects with specific ecology all over Europe. In doing so, CMb.industries implements all development cycles in the real estate and urban development sector. As a player with seismographic, creative and business expertise, CMb.industries finds, shapes, communicates, advises and manages outstanding projects. From the content beta model to the strategic direction to the operational concept, CMb.industries collaborates with the cultural and creative industries, with academia and research, and with selected partners who review acquisitions and secure funding. In addition, CMb.industries organizes the international networking of the highly attractive locations and analyzes their effectiveness.

ATMOS is the city of the air. A resort that takes advantage of the special climatic conditions of its location to let invigorating air pass through every pore of the avant-garde temple of Coop Himmelb(l)au. It is a place of hope where affected families find a place to breathe, as they can vacation in ATMOS for free. Fittingly, research continues into the disease and its treatments at the resort.
In addition, ATMOS pursues the vision of creating a place where innovation succeeds through collaboration. The concept provides for the overlapping of different professions and different sectors of the economy. Knowing that spaces and places can evoke and foster creativity, ATMOS is meant to be such a place.

The conditions are in place so that ideas can be developed into prototypes. In the international competition for the creative class, special places are needed that promote and make visible the creative potential of our society. The project brings the disease cystic fibrosis into the focus of public awareness and raises funds to support affected families immediately and directly, while supporting research in the long term.
Each donated Euro will be passed on without deductions in equal parts to the two partner organizations, the Cystic Fibrosis Help Upper Austria (emergency aid) and the CF Center of the Children’s Hospital Vienna (research).

This research branch emerged from the site search and feasibility studies for the ATMOS Selfness Resort. Through numerous satellites and ground measuring stations from NASA and ESA, it is possible to determine particles in the air at any location worldwide. These can be harmful aerosols (such as fine dust) or health-promoting ones (such as salt water particles), which have a positive effect on every organism. The quality of the air we breathe is not only relevant for people with lung disease – it is now a global issue.

Studies estimate that nine million deaths worldwide to date can be attributed to particulate matter. Even a one-hour walk along London’s Oxford Street raises inflammation levels in the lungs. In addition, it can now also be established that bad air makes people stupid. So good air will soon also become a decisive economic and location factor.

Behind Theater Hausruck is an open circle of committed people who have dedicated themselves to political theater as an examination of central social issues and their regional manifestations. Chris Müller leads the theater as its artistic director, following the conviction that theater must be current and flexible and must not allow itself to be tied down to predefined themes, forms, venues or traditions.

Since its first production in 2005, Theater Hausruck has been captivating audiences with its detailed, almost archaeological approach to the material it tells in each case. The preliminary research is always extensive and long-term, backgrounds are explored, connections are sought, local circumstances are considered against the background of historical events and global conditions. Thus Theater Hausruck digs up stories that always move along the fine line between reality and fiction.

Theater Hausruck’s projects transcend the boundaries of conventional theater. They incorporate art forms such as film, performance, literature, as well as scientific and political discourse, and use multimedia playout channels, especially social media, in order to enable reception that is not tied to an event.

The foundation of Theater Hausruck has always been the interaction of many people who are connected to the Hausruck in some way. The people of the region become part of history as contemporary witnesses, are part of the large team of actors consisting of amateurs and theater professionals, or support the theater productions in the numerous organizational tasks. The documentation of the projects also plays an important role. All productions, including their preparatory work, are extensively and professionally recorded in videos, images, sound and writing.