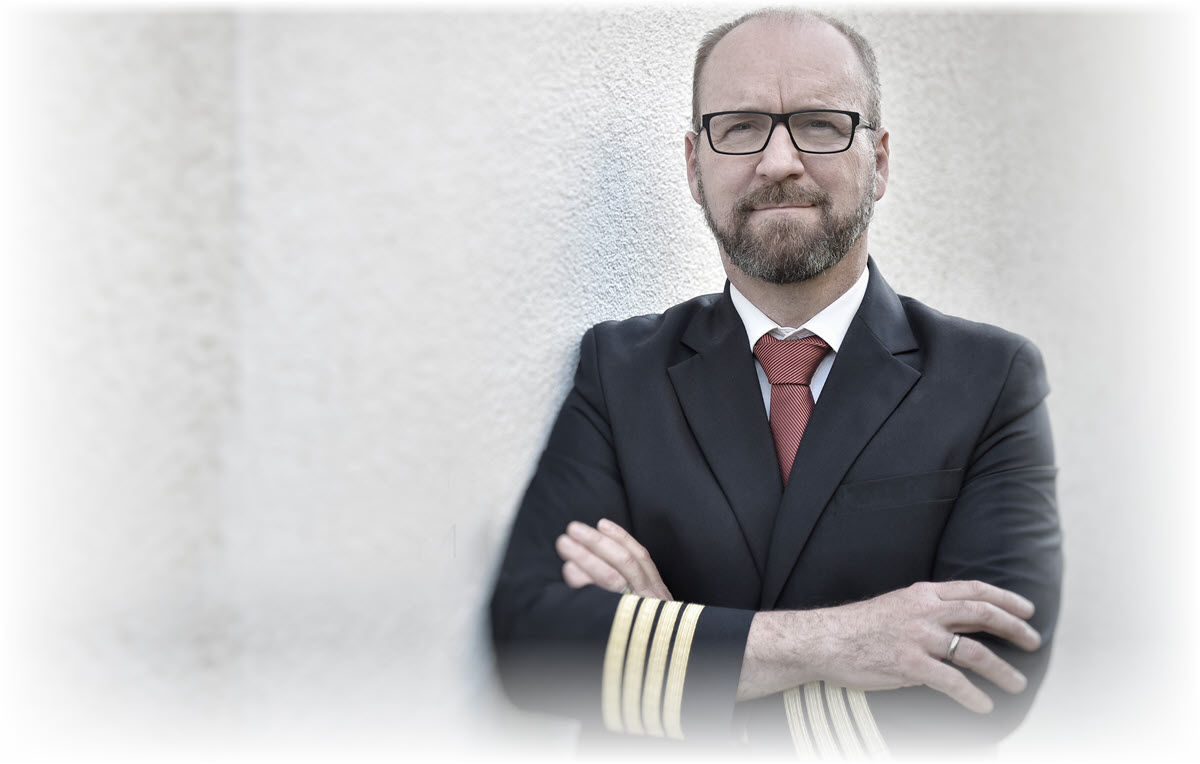 More than 15,000 flight hours on business jets and commercial airliners, thousands of takeoffs and landings on all continents and professional stays in Saudi Arabia, Malta and Germany are recorded in his flight log.

Its passengers include sun-seeking vacationers as well as members of the European aristocracy and the “Who’s Who” of the music and film world. With a private jet to Kinshasa / Congo to pick up an injured vacationer, or with a movie star from London to Los Angeles to the Academy Awards – this is the everyday practice of a business jet pilot.

In the meantime, the native Tyrolean – father of three children – lives with his family in Leonding near Linz. When he’s not sitting in a cockpit or working as a trainer, he enjoys hiking with his family. If time still permits, he reads books on philosophy or relaxes with jazz music.

Georg Bernhofer holds workshops and lectures where he takes participants on an exciting and emotional journey in which they play an active part.